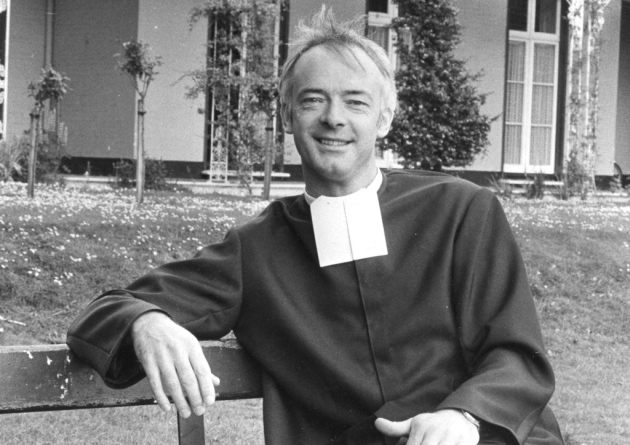 Fr David Hennessy, a former parish priest in Felixstowe and ex-headmaster of St Joseph’s College in Ipswich, has died peacefully after a long illness.

Bishop Alan Hopes said: “After many years of living with cancer, Fr David died very peacefully early this morning (March 9) in the convent of Jesus and Mary in Felixstowe.

“He was aided by the prayers of his family and some of the sisters who were with him. I am extremely grateful to the Sisters and to Carol (the Manager) who have supported him and encouraged him through these last months.”

Then Brother David, of the De La Salle order, he became head of the independent St Joseph’s College day and boarding school in Ipswich in the autumn of 1987, and, after leaving the order remained as head of the School

David later trained for the Catholic priesthood at St John’s Seminary, Wonersh, and was ordained in the college chapel on December 6th 1998.

He was appointed as assistant priest at All Souls’, Peterborough, where he stayed until be became parish priest of Sawston in Cambridgeshire. He was transferred to St Felix parish in Felixstowe in 2007. In all three parishes in which he served his is remembered as a kind pastor, a gifted preacher and an inspiring teacher.

The Funeral Mass of Fr David will take place at St Mary’s Ipswich at 11.30am on April 10. The Mass will be followed cremation at Seven Hills Crematorium at 1.30pm.  That will be followed by a reception about 2.30pm at the Convent of Jesus and Mary in Felixstowe.
Priests who wish to concelebrate are asked to bring a purple diocesan vestment with them.

“Our prayers and thoughts are with David’s family and friends at this time. May he rest in peace,” said Bishop Alan.

Pictured is Fr David Hennessy back in 1987. Picture copyright Archant.