Jack is honoured for church history and music work 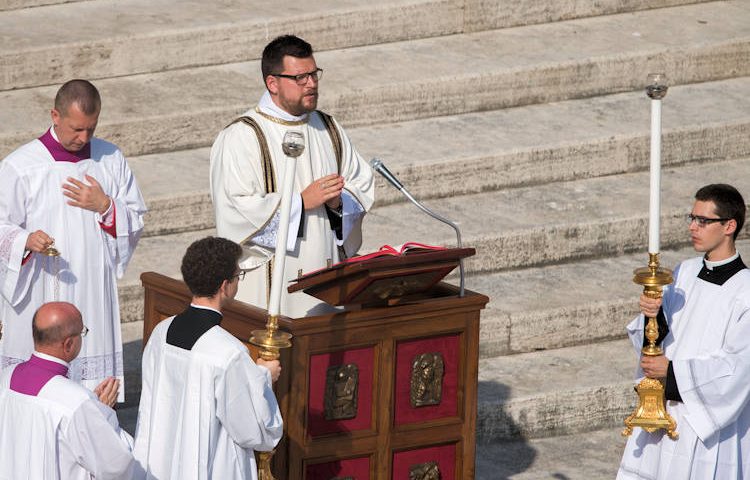 Diocese of East Anglia seminarian, Deacon Peter Wygnański described as the “privilege of a lifetime” the moment he sang the Gospel in front of large crowds and a world-wide TV audience at the Canonisation Mass of Cardinal John Henry Newman in Rome on Sunday October 13.

The Mass, in front of a crowd of 20,000 in St Peter’s Square in the Vatican, and an estimated TV audience of millions, canonised Cardinal John Henry Newman as the first English saint in 40 years and the first post Reformation saint.

Peter is a sixth year student at the Venerable English College in Rome and is linked to Our Lady and the English Martyrs in Cambridge.

Deacons who are studying in Rome are encouraged to put themselves forward to take part in such liturgies and Peter did just that.

“I believe I was chosen largely because of the English connection,” said Peter.

“It is the privilege of a lifetime to do something like this – and in many ways it is probably going to be one of the best things I ever do, so there is some trepidation,” he said beforehand.

“To be singing the Gospel in Latin and in front of tens of thousands of people is nerve-wracking enough. But it is such a wonderful thing to do and it will be a great joy to be with the global universal Church at such an important moment when we raise John Henry Newman to the altars. 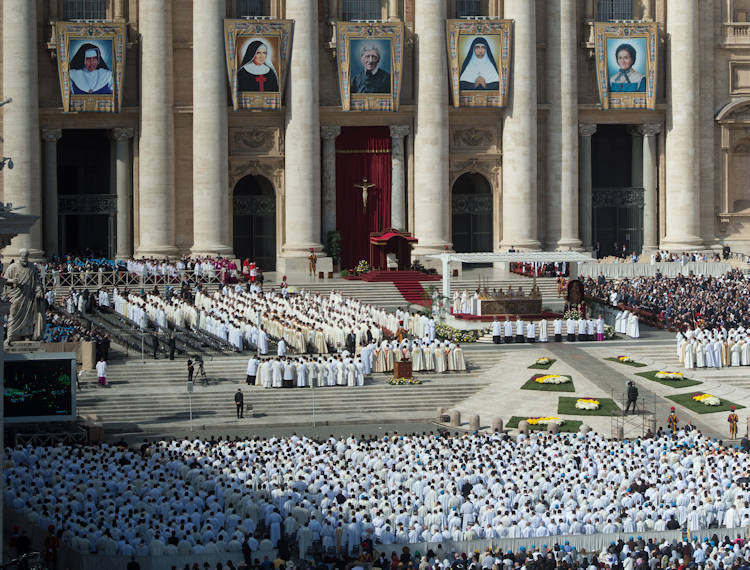 “Newman’s commitment to seeking truth in the beautiful and the good has long inspired me, and he was a significant influence as I was discerning applying for priestly formation, so on a personal level it is a honour to play a role as the Church celebrates his life and sanctity.”

Peter did a one-year postgraduate course in music and before seminary even considered being a professional musician, as a jazz bass player, not as a singer though.

“Music has always been a big part of my life,” he said. “I sang in choirs while at school and then was responsible for liturgical music for one year as choirmaster of the seminary.  So I am not new to singing but I never formally had training, nor considered myself a ‘singer’. Hopefully I will do it competently enough.”

God willing, Peter is due to be ordained a priest of the diocese on July 25 next year at St John’s Cathedral in Norwich. 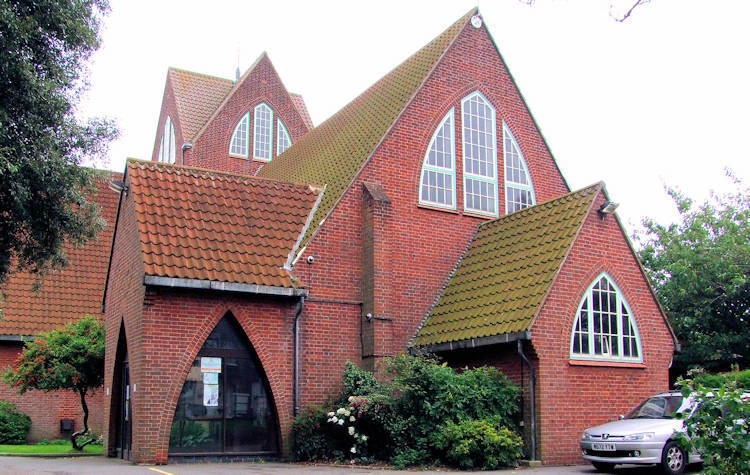 Fresh Bible study resources from The God who Speaks