SVP campaign asks for a million gestures of kindness 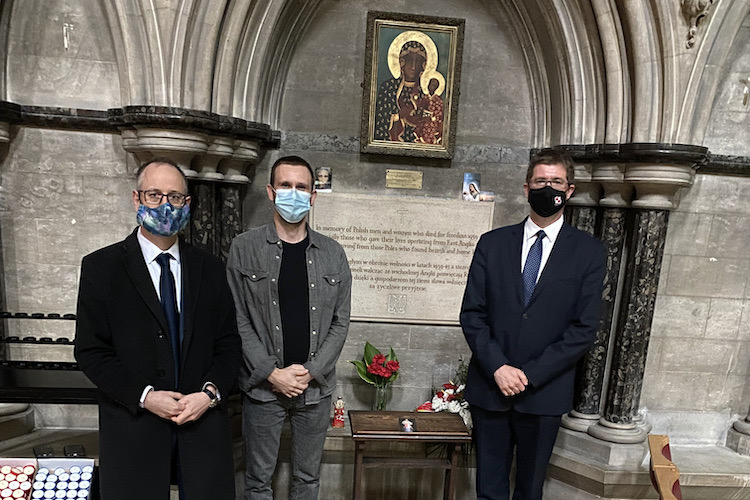 “It was a great pleasure to hear about the fascinating history of the Cathedral,” wrote Mr Stąsiek after his visit, “and to pay tribute to the Polish men and women who died for freedom between 1939-1945. The city of Norwich became the new home for many Poles after the war. It is a very friendly place to Polish people, and I am hugely grateful for the hospitality you offer to them.”

The Cathedral has a copy of the famous icon of the Black Madonna of Częstochowa, and a memorial to the Polish servicemen who died during the Second World War fighting alongside allied forces. It hosts regular Masses in Polish, which are well attended.

Canon David Paul gave Mr Stąsiek a tour of the cathedral, and the Consul invited him to pay a return visit to London at some point.

Pictured above is (left) Matthew Fernandez-Graham, Diocesan Director of Finance and Resources with (right) Mateusz Stąsiek, the Polish Consul General, and (centre) Pawel.

Below is the Polish Consul at the Norfolk Polonia CIC with Councillor Alan Waters (second from left).