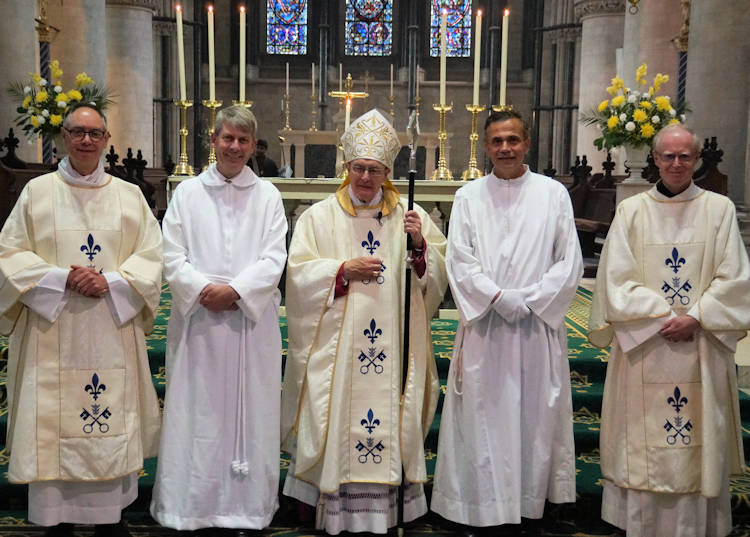 Gianluca Savini from Our Lady and the English Martyrs, Cambridge, and Paul Raynes from St Etheldreda’s, Ely, were instituted into ministries as part of their preparation for ordination as permanent deacons. Gianluca became an Acolyte and Paul became a Lector.

An acolyte is commissioned by the Church to assist priests and deacons in the Mass, to take Communion to the sick and to lead Eucharistic Adoration or services. A lector is commissioned to proclaim the Word of God both in the liturgy and as a catechist. Unlike ordinary Eucharistic ministers or readers, the role of acolyte or lector is not limited to a specific parish or to a specific period of time.

In his homily, Bishop Alan Hopes addressed both men in their new ministries, concluding: “In all of this dear Gianluca and Paul, seek to keep your eyes fixed on Jesus Christ. As you grow closer to Him, so your lives will become more and more conformed to His so that you might become ambassadors of His life to others.”

A permanent deacon is typically married and is in full-time work. Gianluca Savini is married to Erminia and they have four children. He runs his own business and was previously a research scientist.

Paul Raynes is married to Sarah and they have four children. Paul is Director of Strategy and Planning of the Cambridgeshire and Peterborough Combined Authority and was previously a diplomat.

For each, formation as a permanent deacon has come as part of a long journey of faith. Gianluca came from a non-religious family, but came to faith at university. He has been a catechist and served on the altar. Paul was born into a Catholic family and attended Catholic schools. He has been active in his parish, particularly as a catechist.

Permanent deacons can be ordained at any age between 35 and 65. Anyone interested in the permanent diaconate should talk first with their parish priest.

See below for a full picture gallery from the Mass. 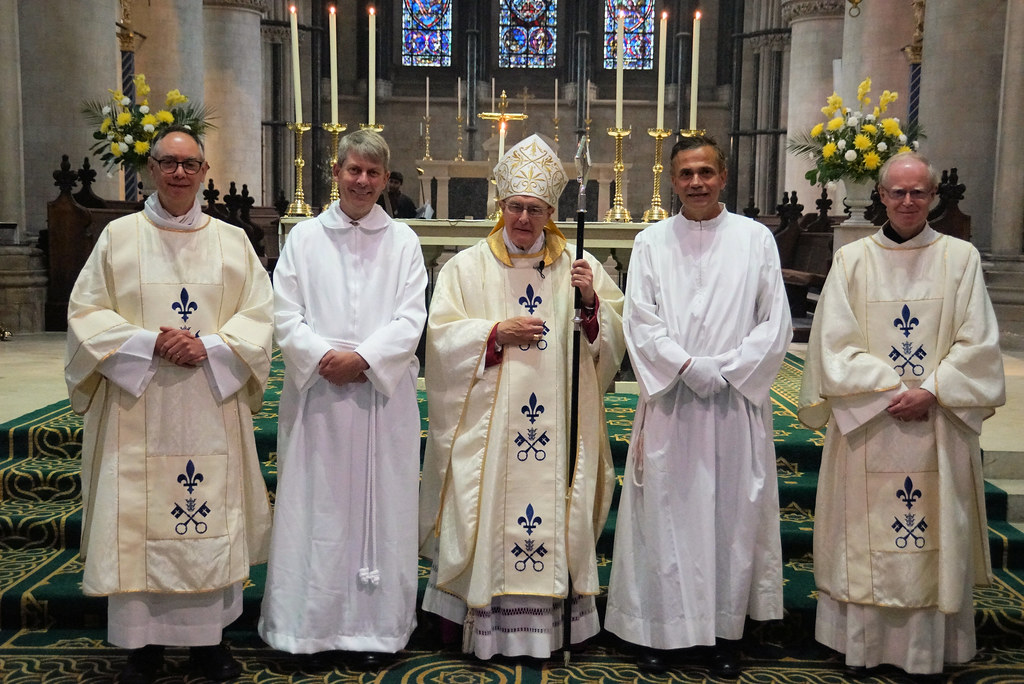 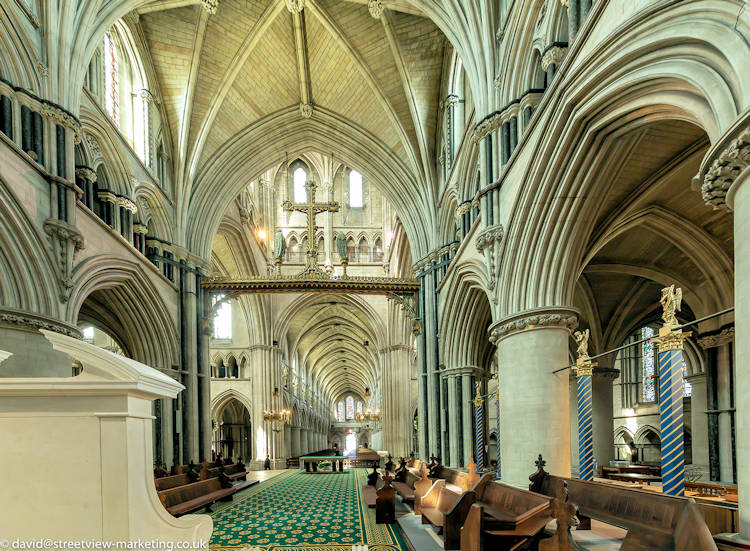