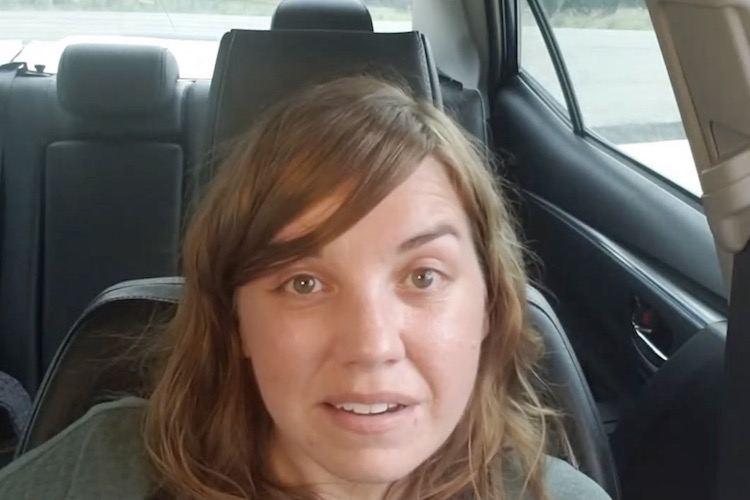 Youth groups from Peterborough, Bury St Edmunds and Norwich joined the Ignite Festival online over the weekend, which was livestreamed from south Cambridgeshire.

“On the Saturday evening we were really pleased to welcome Tony Vino,” said Hamish MacQueen, Director of Diocesan Youth Services. “He is a Christian comedian who has been to the Ignite Festival before. He proved that you really can do comedy over Zoom, interacting with some of the participants with hilarious results.”

As well as the groups, individual young people from around the Diocese were joining the event via Zoom or Youtube. There were a variety of workshops before the Saturday keynote talk by ex-gangster John Pridmore.

John began stealing at 13, was in detention centre at 15 and prison at 19. After release he was involved in major drug deals and protection rackets. One night, he said, after he thought he had killed a man, he knew he was going to hell, and called out to God for mercy. It was the final day of a novena which his mother had been saying for him.

You can watch John’s testimony on this link.

On Sunday evening Matt Dean led a time of worship, and was followed by Meg Hunter-Kilmer, who describes herself as a ‘revert’ (as opposed to a convert) to the Catholic faith.

“After two degrees in theology,” writes Meg, “and five years of teaching religion, I felt that God was calling me to follow him in a more literal way, so I quit my job, packed everything into my car, and hit the road. Since June 2012, I’ve been a hobo for the kingdom, traveling the country speaking to anyone who’ll listen about the goodness of God, Catholic apologetics, Christian morality, and the life of prayer.”

Meg focussed on a text from John 15:9 – “As the Father has loved me, so I have loved you.” She spoke about becoming an atheist at aged 11, and described the experience of not knowing Jesus, saying it was something she would not wish on her worst enemy. Two years later she went to confession out of ‘imaginary peer pressure’ and returned dramatically to faith.

You can watch Meg’s talk on this link.

After the talk Steve Murray performed a mime called ‘Watch the Lamb’. The evening was rounded up by a talk from Fr Luke Goymour, a time of adoration, and a final blessing from Bishop Alan.

“We knew it would be technically challenging to do live link ups whist also doing a live stream,” said Hamish, “but despite some problems, what was particularly moving for me was to see groups in different parts of the diocese taking part in Adoration at the same time as we were. We may not have all been able to gather in person, but we were still very much together as young people in one diocese, one Church and one family – adoring the God who loves us.”

Pictured above is Meg Hunter-Kilmer and, below, Adoration with Fr Luke