Thy Kingdom Come: praying for five to come to faith 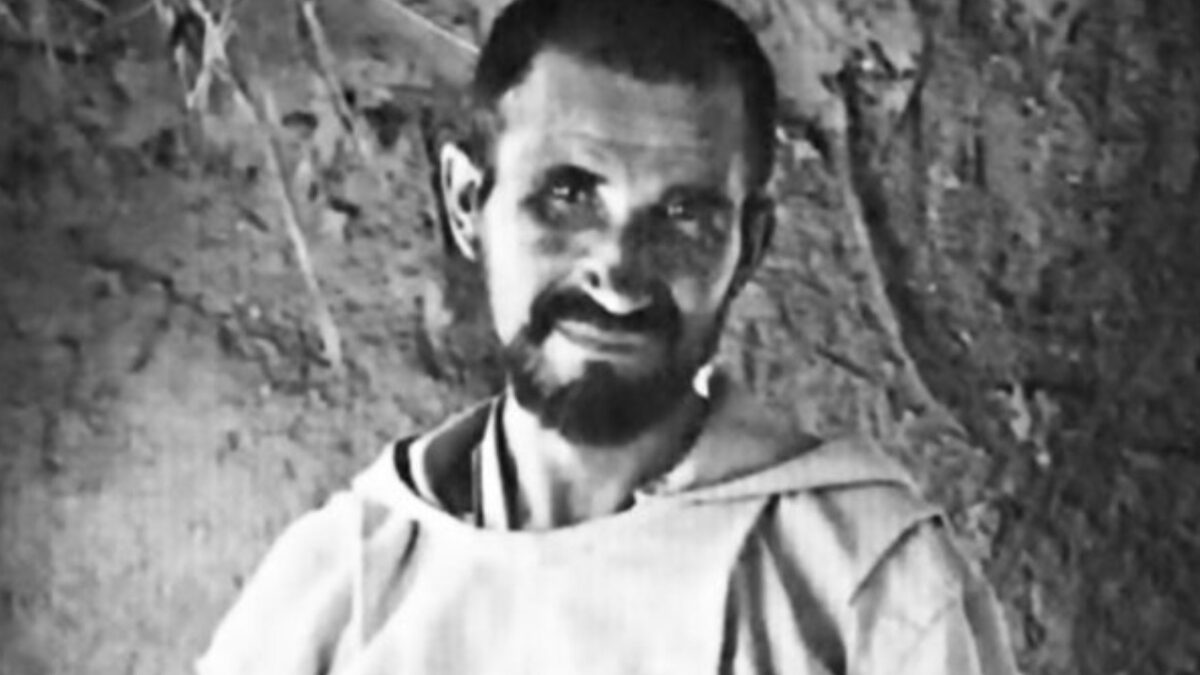 On Monday Pope Francis cleared the way for the canonisation of Charles de Foucauld. Sr Kathleen from the Little Sisters of Jesus in Walsingham, reports.

Charles de Foucauld’s radical conversion at the age of 28 set him on the footsteps of Jesus of Nazareth who “took the lowest place.”  But it would take him a long time to discover how to enflesh his call. He began as a Trappist, regarding himself as living in the holy house between Joseph and Mary, in adoration of Jesus, his elder brother. But a phrase from the Gospel would turn his life around, leading him out of the monastery to a contemplative life in the world.  “Whatsoever you did to one of the least of my brothers or sisters you did to me.”  Life in Nazareth had to include the “least”.

This insight guided his return to the Algerian Sahara where he had served as a young officer. The destitution of the people he had met there resonated with the “least” Jesus spoke of. He would spend the last 15 years of his life among the Muslim Tuareg, “crying the Gospel with his life”. Life as a little brother in the house of Nazareth meant becoming a brother to all, thus revealing the One who made himself truly our Brother.

In many ways Charles de Foucauld could also become the patron saint of failures. He converted no one, wrote rules for congregations that never came to birth and died all alone in the Sahara, killed by Tuareg rebels during the First World War.  “Unless a grain of wheat falls into the ground and dies, it remains but a single grain. But if it dies, it yields a rich harvest.” His biography published only five years after his death generated much enthusiasm. Among the first congregations to spring up in his wake were the Little Brothers and Little Sisters of Jesus.  Founded in the Algerian Sahara, they quickly spread to the furthest ends of the world, setting up their fraternities among the “least” in order to continue his mission.

The beatification of de Foucauld took place in 2005, almost 90 years after his death, and recognition of a spectacular second miracle two years ago paved the way for his declaration of sainthood. Well known for his Prayer of Abandonment, he has appeared with increased frequency in Papal documents and the recent encyclical Fratelli Tutti presented him as a model of the kind of fraternity Pope Francis wants to promote.

In 1955 the foundress of the little sisters, Little Sister Magdeleine, came to Britain. Having founded a community among Irish travellers in Dublin and among factory workers in Leeds, she thought of a novitiate in Walsingham. It was England’s Nazareth and its very inaccessibility attracted her. From Mary, the little sisters would learn to make their home in Nazareth, discovering the glory of God hidden in the ordinary.

At times the house in Walsingham has been a novitiate, at others a fraternity of adoration but always an open house, sharing the day-to-day life of the local people. Some of the first sisters worked in the sugar beet fields while others sold clay figurines produced in their workshop. At present the community counts three little sisters: Kasia who is part of the cleaning team along with two others at the shrine, Pat who recently arrived from the community in Hackney, and Kathleen who works in housekeeping at a hotel in Wells next the Sea. The accent is always on presence to those on the margins of the Church and of society, expressing the Gospel surprise: “Truly God is in this place and I knew it not.”

Benedict XVI reminded us that the Church grows not by proselytising but by attraction. There is a certain way of being and of acting which is already a response to the question people carry within themselves about God and His presence in their lives.

Pictured above is Charles de Foucauld and, below, the Little Sisters in front of their house in Walsingham. Left to right are Sr Kathleen, Kasia and Patricia