Synod response good but still time to have your say 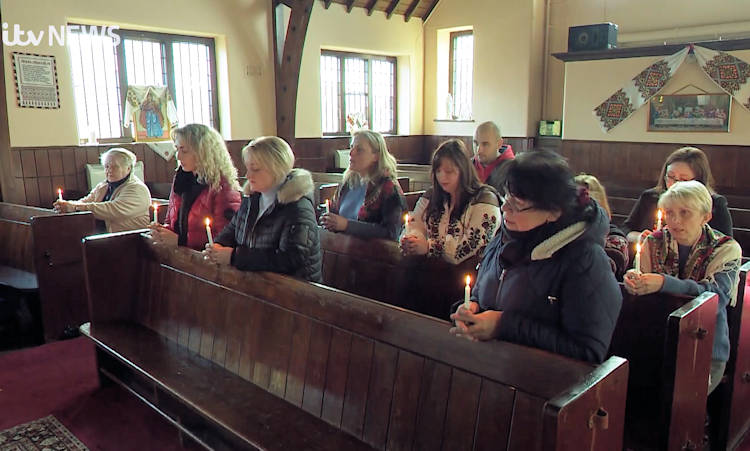 Ukrainians living in Peterborough have been saying prayers at St Olga’s Catholic Church for their families back at home, as the tragic situation in Eastern Europe escalates.

Concern is rising as Russia continues its widely-condemned invasion of Ukraine and numbers of casualties increase.

At St Olga’s in Peterborough, a Ukrainian Catholic church, prayers have been said by members of the Ukrainian community. They have also been collecting supplies to be sent to help anyone displaced by fighting. They are also gathering basic supplies such as first aid boxes and toiletries for the Ukrainian army.

Irina Pitka, 54, moved to Peterborough 23 years ago. She told ITV News Anglia: “What is going through my head is fear and anger, of course, for this evil occupation.

“I am worried most of all for my older sister who still lives in Ukraine, my father-in-law and all the older people. I also worry for my family because it affects every single one of us.

“We trust the Ukrainian army and we trust the west which is now showing tremendous support. It may look like life there is normal, children going to school, but inside every single person is fear.”

The Ukrainian community is Peterborough is believed to date back to the end of the second world war and was founded in 1947 according to the Peterborough Local History Society Magazine.

At All Souls Church there are references to Ukrainians in Peterborough by 1953.  A Ukrainian Rite Mass commenced at All Souls in 1956.  In the 1960s the Ukrainians purchased a former Primitive Methodist Chapel in New Road, Woodston built in about 1913.  St Olga’s (Byzantine Rite) opened in 1964.  In 1989 Peterborough was twinned with Vinnitsa in the Ukraine.