Bishop anoints with oil and prays for the sick in Norwich More than 250 parishioners from across South Cambridgeshire gathered in Sawston on Sunday February 12 for a party to bid farewell and offer heartfelt thanks to Fr Rafael Esteban, who is retiring after more than 40 years of ministry in the area. Mary Crowley reports.

For the last ten years, Raf (as he likes to be known) has been priest-in-charge at Our Lady of Lourdes, Sawston, in whose hall the farewell tea was held. 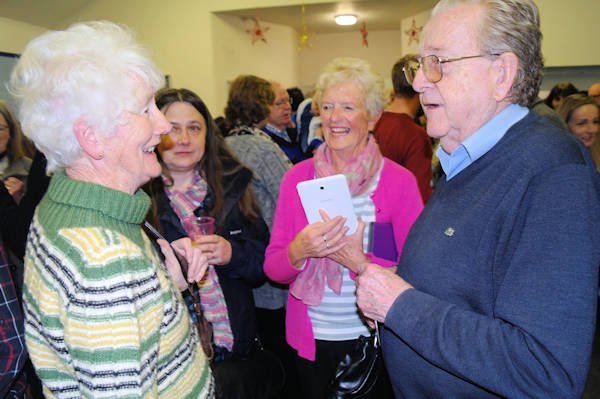 Originally from Vitoria in northern Spain, Raf has been a priest for over 50 years and is a member of the Society of Missionaries of Africa, better known in this country as the White Fathers. A skilled linguist and acclaimed theologian, he came to Cambridge over 40 years ago on a sabbatical, fully intending to return to his senior teaching and leadership role in Ghana. However, the fates took a hand when he was diagnosed with skin cancer and was told by his doctors that on no account should he return to life in a hot climate. For a fair-skinned, red-headed Spaniard, cool and rainy Britain was seen as the much safer option. Naturally, Raf was devastated that the vocation he loved had been so cruelly taken from him, but Africa's loss was our gain.

Raf is a servant-leader, a man of vision and action, and these qualities were needed early in his time in Sawston when it was clear that the congregation was seriously outgrowing its existing church space. He galvanised the community and led the project that saw the old hall converted to become the new church, while the former church building was upgraded to a community facility, open to all. 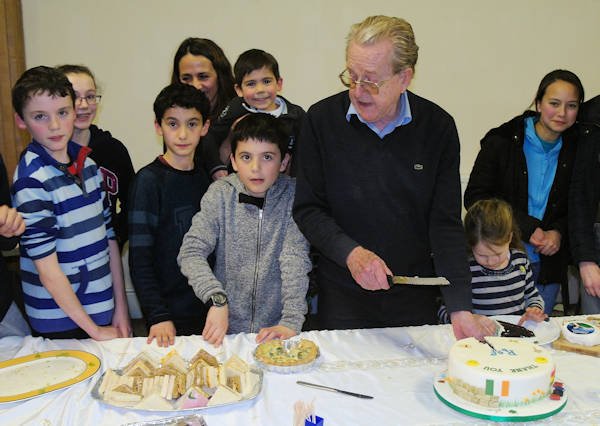 Raf has always been a great encourager of talents and the work involved in these ventures was carried out by parishioners, many of us deploying skills we never knew we had. He likes to joke that the principle on which he operates is "Never do today what someone else can do tomorrow'! But actually, that does scant justice to his own very practical contribution; he could easily have been a successful builder or gardener in another life and is often to be seen up a ladder, not always in conditions that would meet with Health and Safety approval.

We are privileged to have benefitted from Raf's immense spiritual gifts over these last ten years. He places community at the heart of the practice of our faith and it is his firm belief that we most truly reflect Christ's teachings by caring for one another.

He has created a vibrant, welcoming and collaborative environment and it is no coincidence that our congregation continues to grow, with over 300 regularly attending the two Sunday Masses. The increasingly international nature of Sawston and the neighbouring villages is also well represented in our numbers.

In our sadness at his leaving us, we are happy to know that Raf intends to remain in this area, not least to be close to Addenbrooke's to continue the treatment which began all those years ago. He will now have more time to travel and indulge his twin passions of dry stone walling in County Kerry and cheering on his beloved Real Madrid. Above all, we thank him for his loving ministry, his inspirational preaching, his humanity and compassion, and his inimitable (and very Spanish) sense of humour.

We extend a warm welcome to his replacement, Canon John Minh, who takes over as priest-in-charge at Sawston and nearby Cambourne.

Pictured above isFr Raf with an icon of the Archangel Michael, given to him (along with a cheque) as a gift by the community at Sawston, and at his farewell party.