Beda student finds much to give thanks and pray for 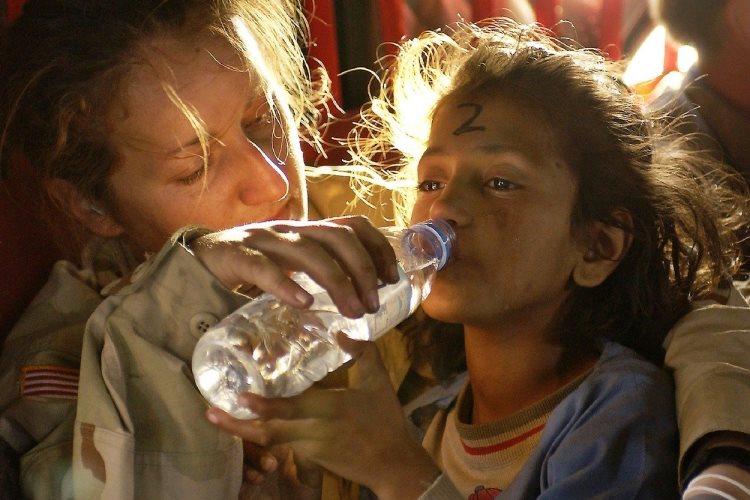 A parish in Cambridgeshire has come to understand the Syrian war at a personal level by joining a project which provides homes for refugees. Kevin McMullen reports.

Back in the summer of 2017 a partnership was formed between our community at Our Lady of Lourdes, Sawston and a charity called Hope into Action (HiA).  Essentially the charity links with church communities to provide accommodation and support for vulnerable people.  In particular HiA targets refugees, the homeless and those leaving prison.  All have a common need – they lack networks of support and that is what the church communities can offer.

HiA secures its houses by means of ‘benevolent investments’ whereby individuals loan sums of money for at least five years with a 2% annual return.  The collective sums are used to buy a house with the investors being proportional shareholders.  The house is rented to HiA and so, as tenants move in, the partnership with the local church community begins.

A dozen or so ‘befrienders’ have come forward from the church community to support the HiA tenants.  Since the project started the befrienders and, in a variety of ways, the wider church community, have supported eight men who were previously homeless.  Two are still being supported but, of the others, five have moved into their own accommodation and three are in full-time work.  Certainly the headline outcomes are positive but the journey can best be described as a roller-coaster ride of optimistic expectations, challenging situations and patient resilience.

Last year, buoyed by our modest successes, we began discussions with HiA to secure a second house in Sawston.  The benevolent investment model managed to raise £300k in a relatively short time and a second house was bought early in 2019.  HiA agreed that the focus of this house would be refugees and consequently we entered into discussions with Cambridge City Council, one of the Local Authorities that had entered into contracts with the Home Office to accept and support refugees from Syria.

In July 2019 a Syrian refugee family moved into the house.  Their story of suffering and survival starkly personalises the bitter and ruthless conflict that has been taking place in Syria for the past nine years.  The family lived in Homs, Western Syria, and had to flee when the civil war subjected their city to intense bombing.  They walked westwards for a month until they reached the United Nations refugee camps in Lebanon.  There they lived for two years in squalid conditions and sub-zero winter temperatures until they were selected to be part of the UK’s Refugee Re-Settlement Programme.

The family was overjoyed to arrive in Sawston; they felt safe and supported.  The family’s four children range in ages from 2 years to 13 years and the local schools and nurseries could not have been more supportive.  So too, a local charity, the John Huntingdon Charity, that has provided advice and educational grants.

Sadly the conflict in Syria continues and the family’s joy is tinged with guilt and deep fear as they worry about their relatives suffering under the onslaught in Idlib province.  Such is the connectedness of our modern world that the mother can sit with her Sawston support group in the Footprints Cafe and ‘Whats App’ her own mother in Idlib city.  All wave, laugh, blow kisses and then the Idlib grandmother pans her phone around the impoverished conditions and, on another occasion, records the intense bombing of the city.

When one sees the news reports from north-west Syria showing the scale of human suffering and the utterly callous nature of the conflict there is a danger that the medium of television distances us from the horror.  Our involvement with this one family has lifted and personalised our consciousness of the situation.

Sawston could and should be proud of the fact that a family fleeing from oppression and suffering feels so welcomed and at ease within its embrace.  These small and often invisible acts of kindness are the unspoken prayers that can be so uplifting.

To find out more about HiA visit www.hopeintoaction.org.uk

Image is from Pixabay