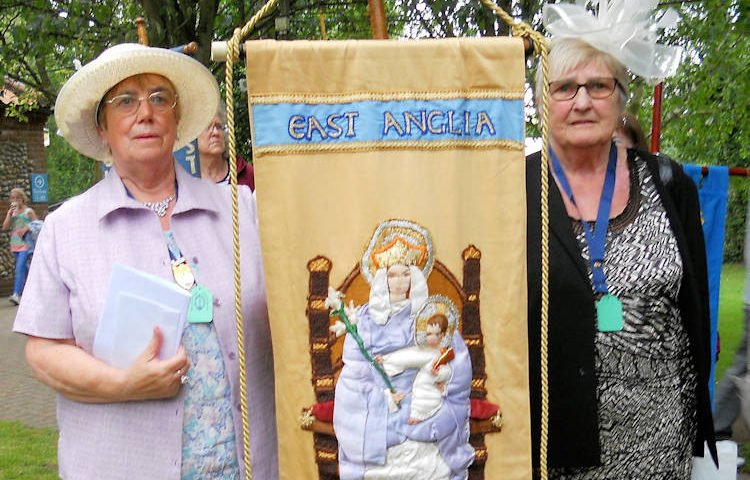 Latest news from across the Diocese of East Anglia includes 500 silent mothers, an interfaith network and a Catenian dinner.

It was a case of "mum's the word" for 500 Catholic mothers at Walsingham recently when they were asked to remain silent during an entire procession along the Holy Mile.

The Union of Catholic Mothers 72nd Annual Pilgrimage to The National Shrine of Our Lady at Walsingham on July 4, saw new UCM East Anglia presidents Anne Sibley and Leish Davis,along with approximately 500 UCM members, national officers, bishops and clergy, preparing to walk the Holy Mile processing in silence reflecting on our Mother and the Theme of the Pilgrimage – "The Joy of the Annunciation.

Arriving at the Abbey, they were joined by other UCM pilgrims who attended The Service of the Sick. The service washeld for sick or infirm members who cannot walk The Holy Mile in Procession.

UCM East Anglia vice president Maria Taverna, said: "It was a beautiful day, a most spiritual pilgrimage, filled with love and friendships all encompassed in the power of prayer.

Maria, from St Joseph in St Neots, came to the end of her term in office after three years in June and then took up the vice president post.

Pictured above with the UCM East Anglia banner are new presidentsAnne Sibley (left) and Leish Davis.

There was a Catholic East Anglian presence at the 30th anniversary of the Inter Faith Network for the UK, held at the QEII Conference Centre in London on July 5.

Chair of Wisbech Interfaith forum, Sean Finlay, was in attendance, as was Canon John O Toole, ecumenical officer with the Bishops Conference and a former colleague of Bishop Michael Evans.

The Network brings together faith community representatives, local inter faith groups and organisations working in inter faith relations. There was a significant Catholic contribution among the pioneers of the Network in the person of Bishop Charles Henderson, at the time Auxiliary Bishop in Southwark.

Bishop Charles's former secretary Celia Blackden, said: "The event in London celebrated achievements which mean that the UK is really a beacon for inter faith relations in Europe, given our very diverse British communities. While the Network, and indeed local groups, respond actively and effectively to terrorism and violence, there is a vast relatively unseen work of supporting and enabling understanding and cooperation at many levels." 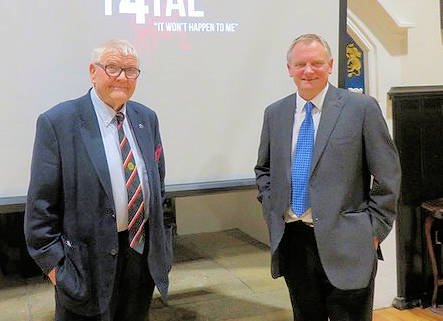 The June meetingalso sawtheenrolment of Dr Jeremy Pilch, an academic, of the Cathedral Parish of St John the Baptist. He was welcomedinto the Circle by PresidentJohn Kenny and ProvincialPresident DavidMullen.