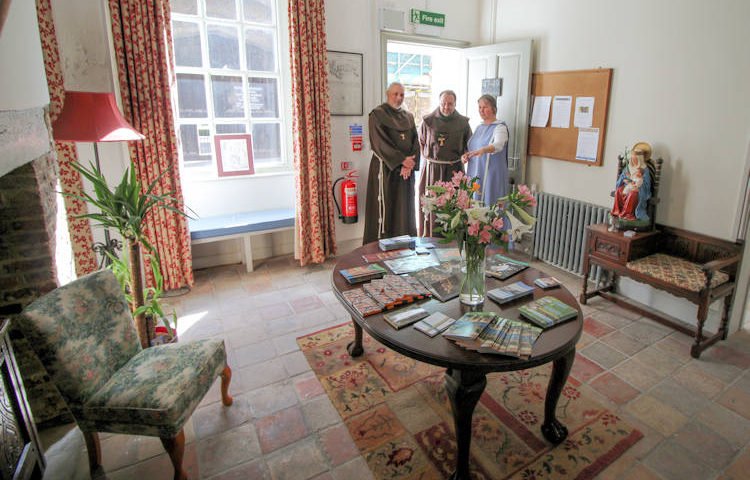 For over 500 years Dowry House in Walsingham has been used as a pilgrim hostel and since early 2017 this purpose has been restored by the shrine when it reopened as a retreat house run by the Community of Our Lady of Walsingham.

The Community was founded in the Slipper Chapel on the Feast of the Epiphany, January 6, 2004 with the aim of living and spreading the spirituality of Walsingham in-depth. As an ecclesial family of consecrated life, membership is open to people from all states of life.

Meanwhile, in 2006, Peter Hoye bought Dowry House and began renovating it to update the retreat centre for modern-day pilgrims. His dream was to have a religious community living on-site, praying in the chapel and offering hospitality. In 2016, he generously passed over the management of the retreat house to the shrine and Bishop Alan invited the Community to run it: "for the shrine, for the diocese and for the nation".

Known affectionately to many as "the old Sue Ryder place' Dowry House is situated directly opposite the Priory Gatehouse in the High Street. Built between 1470 and 1496, the twelfth-century Augustinian Priory used it as a pilgrim hostel, providing hearty meals and warm lodgings. During the 15th Century, Walsingham enjoyed the reputation of being one of the world's most renowned shrines and pilgrims came from far and wide.

The religious landscape of England changed dramatically during the Reformation of King Henry VIII and at one point the house's cellars were used to house two martyrs who were hung, drawn and quartered the following day.

After the Reformation, the building underwent a series of evolutions as it was used for different purposes: for trading businesses, as a post office, a coffee shop and accommodation. The exterior of the building, facing onto the High Street, was given a brick faade in the 19th century. More recently, in 1982, Sue Ryder purchased it to provide a retreat house for her staff in this quiet, grace-filled place known as England's Nazareth.

A range of formation courses and retreats for those seeking to deepen their faith are now offered at Dowry House.

It has 17 beautifully furnished bedrooms that can hold up to 26 guests, for whom all meals are provided. The Welcome Centre at the entrance offers resources for passing pilgrims to have a fruitful time in Walsingham and the gardens are being developed to provide outdoor prayer spaces for residential guests.

The Julian Library holds a Marian collection of some 3,000 books ranging from art and history through to mystical theology. The Beckett Room is a reading room where residents can relax and the St Edward's Conference Room, with its media facilities, sits larger groups of 30 plus for seminars. The cloister of the courtyard joins the main building to the Chapel.

The beautiful chapel has a special tabernacle designed for Perpetual Adoration, since it is from the Eucharistic Heart of Jesus that all effective evangelization comes. As such Dowry House hopes to be the praying heart of the shrine and a place for all people to encounter the Word made flesh Who lives among us.

Sr Camilla, the leader of the community, said: "Walsingham is a place where pilgrims can be held by Mary and led by her to a knowledge of the Father's infinite love for each one of us. We are invited to bring our somewhat broken spirits to be healed by God through her intercession.

"As such, Dowry House Retreat is a place for people to come and recharge their spiritual batteries, to attend one of the many formation courses being organised by the shrine, to do an individually guided retreat or just to come away and rest a while with the Lord.

"We hope that, for anyone visiting, it will be a grace-filled and a life-defining experience. By discovering all that Walsingham has to offer for the spiritual journey we hope people may leave with the desire to come back again and again."

Pictured above is the reception of Dowry House and, below, one of the bedrooms. 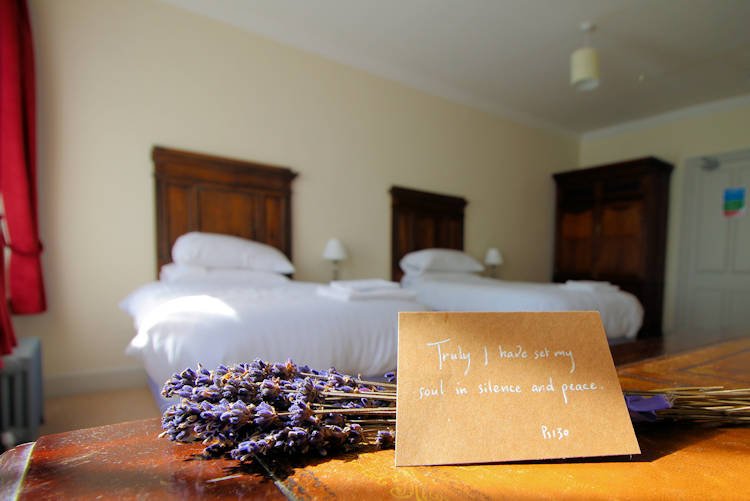