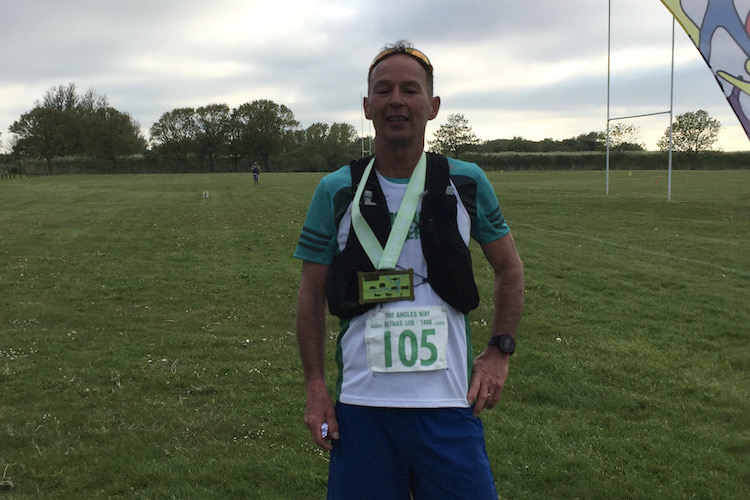 Will Aldred ran 62 miles along the Angles Way over the Bank Holiday weekend to raise money for the Saint Vincent de Paul Society in Norfolk.

Will is the son in law of Wendy Hardinge, a member of St Clare’s in Framlingham, which is part of Woodbridge parish. The run took place on May 30, and so far £270 has been raised towards a target of £500.

The project Will is supporting provides accommodation for homeless people, by turning houses into flats where they can stay until they are ready to move into somewhere permanent. A house in Sheringham is already in use, and another one in Cromer is on the way.

The Angles Way passes through Norfolk and Suffolk. Beginning at Great Yarmouth, the route goes by Breydon Water and along the River Waveney, passing around Oulton Broad, Beccles, Bungay, Harleston and Diss, to its source. It then follows the Little Ouse from its source through heathland and marsh to Knettishall Heath in the Suffolk Brecks.

Will completed the run in just under 13 hours, coming in 7th.

You can still sponsor Will via this link.

Pictured above is Will Aldred at the finish line