Synod Zoom meetings to reach those on the margins 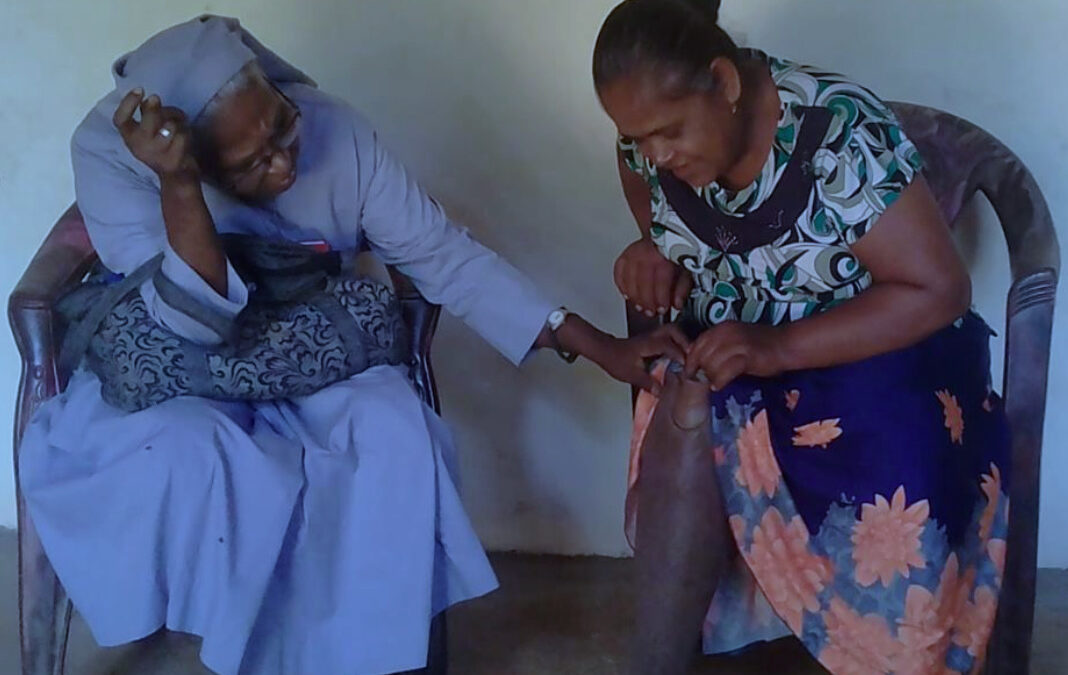 This year the St Francis Leprosy Guild is asking people to reflect on Catholic nuns who dedicate their lives to caring for people with leprosy.

Sr Lalitha Fernando of the Franciscan Missionaries of Mary (FMM) works with leprosy patients from the Badulla Leprosy Centre, situated in the lower central hills of Sri Lanka. Her work often includes long journeys, travelling to remote locations. She visits people with leprosy as their friend, so their neighbours don’t suspect a link with leprosy, and the stigma and rejection, so often associated with this disease, can be avoided.

“No matter how long my journey or how tired I feel, I love doing the work of St Francis,” said Sr Lalitha, who visits around 22 people with leprosy every month. Some are frail and elderly, others are isolated and alone, some are living with lifelong disabilities due to leprosy and others are subsistence farmers.

“Whenever the rain fails, there will be no rice crop, and the farmers will suffer that whole year. They may have to work as labourers to supplement their income. Everyone I visit is very grateful for anything that I can bring them, such as medication or provisions. Otherwise, it’s very difficult for them to survive.”

“We are inspired by the work that St Francis Leprosy Guild and the sisters carry out in Sri Lanka, and in other countries across the world,” said Bishop Declan Lang of Clifton, Chair of the Department of International Affairs in the Catholic Bishops’ Conference of England and Wales. “In the communities that you support, there must be great loneliness and hardship. I know that the visits and care you provide have a transformative impact on people’s lives.”

World Leprosy Day is observed every year on the last Sunday of January to increase the public awareness of leprosy. This date was chosen by French humanitarian Raoul Follereau as a tribute to the life of Mahatma Gandhi who had compassion for people afflicted with leprosy. Gandhi was assassinated on 30 January 1948.

“It is impossible to quantify how much our dedicated Catholic nuns have transformed lives by caring for people with leprosy and dealing with the loneliness and neglect that come from leprosy stigma,” said Clare McIntosh, CEO of St Francis Leprosy Guild. “Their unspoken legacy of love and dedication is immeasurable and, thank heavens, continues unceasingly. We feel privileged to support the great work of our Silent Heroes.”

Pictured above is Sr Lalitha visiting a friend affected by leprosy.