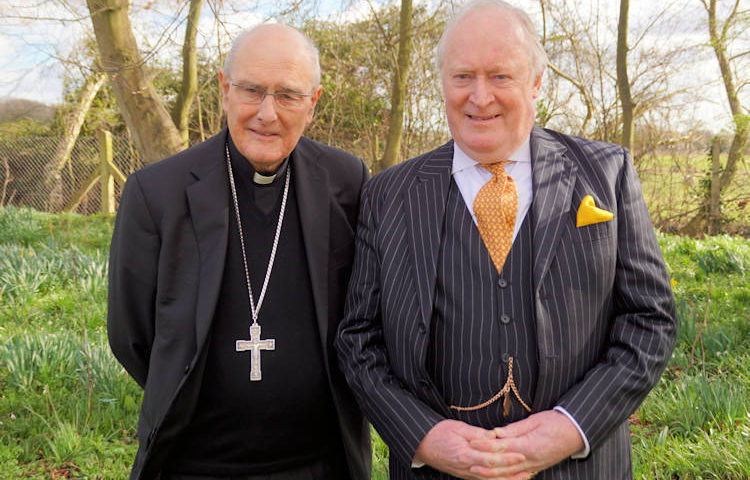 After 12 years with the Diocese of East Anglia, Lt Col John Pitt has retired as Diocesan Financial Secretary.

John has had a varied career as a banker, Army officer, military diplomat, military intelligence officer and Secretary of the Special Forces Club in London over the last 58 years.

He met his wife, Ellen, who was serving in Ottawa with HM Diplomatic Service, while he was negotiating with the Canadian Defence Department on behalf of the British Army for training facilities in Alberta. They have been married for 45 years and have two sons and five grandchildren.

Financial Secretary has been a key position under two bishops and during the period of Sede Vacante after Bishop Michael’s death. The overall role has been to support the Bishop and the Diocesan Trustees in the routine management and strategic development and delivery of the diocesan mission.

During his appointment John has been instrumental in many diocesan initiatives. One of the recent highlights has been Alive in Faith, which is funding social outreach, seminarian training and securing the future of our retired priests.

Bishop Alan paid tribute saying: “I am grateful to John for his service to the Diocese and wish him and his wife Ellen a long and happy retirement together.”

Pictured above is John Pitt with Bishop Alan.