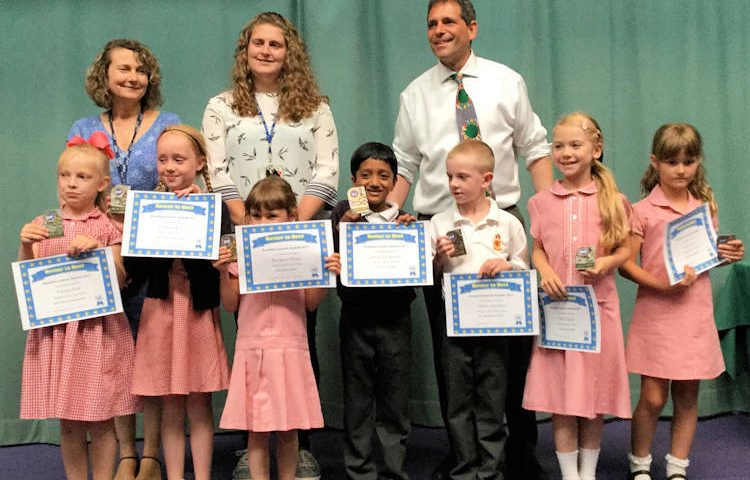 Pupils had been selected by their teachers for displaying brilliant learning behaviours during this academic year. Both schools have been trialling a scheme called "JONK ' The Joy of Not Knowing" which is about bringing how we learn to the forefront of education.

The scheme was originally developed by Marcelo Staricoff, and St Benet's and St Edmund'swere two of 14 schools offered the opportunity to be part of the scheme led by Norfolk County Council.

Teacher Miss Ashfield, from St Benet's, said: "The scheme centralises round six characteristics of effective learning, which enable children to be successful learners now and in their futures ' resilience, resourcefulness, reflectiveness, creativity, curiosity and collaboration. In school we have linked each characteristic to an animal which the children can relate to in their lessons.

"The scheme has had a great impact in the classes it has been trialled in so far, helping the children become more independent learners and both schools will be rolling it out across all classes next year.

Children received their awards in front of their proud families and teachers at the July 3 award ceremony, alongside the other schools involved.

Pictured above are pupils from St Benet's with their certificates.