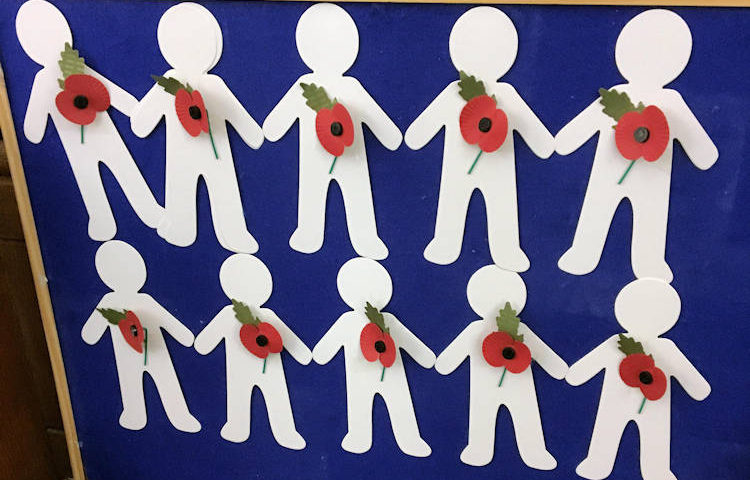 A number of touching displays of poppies were on view for Remembrance Sunday at Our Lady Star of the Sea and St Nicholas in Lowestoft, reports Mary Hunt. 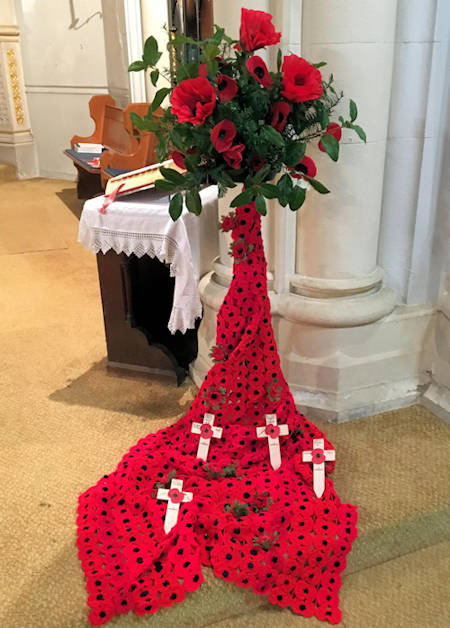 A blanket of 350 poppies knitted by 86-year-old parishioner Avril Rickerby was on display at Our Lady Star of the Sea, along with memorial crosses displayed throughout the church with the names of servicemen who had died in the two world wars.

At St Nicholas Church there is a Roll of Honour from the First World War at the back of the church with the names of local servicemen who lost their lives along with the portrait of Claud Castleton VC. The church was open on the Saturday too for relatives and friends to pop in and see the names.

Under the altar was a wreath made by members of the Catholic Women’s League (CWL). The CWL had a catering van which they used to give refreshments to servicemen billeted in Lowestoft during the Second World War. The Pascal Candle has two empty inscribed shell cases recovered from bombing raids over Lowestoft.